Polyvagal Theory it has been formulated by Stephen Porges in 1994 and is a cornerstone for anyone that works with traumas, stress experiences and post-traumatic stress disorder (PTSD) 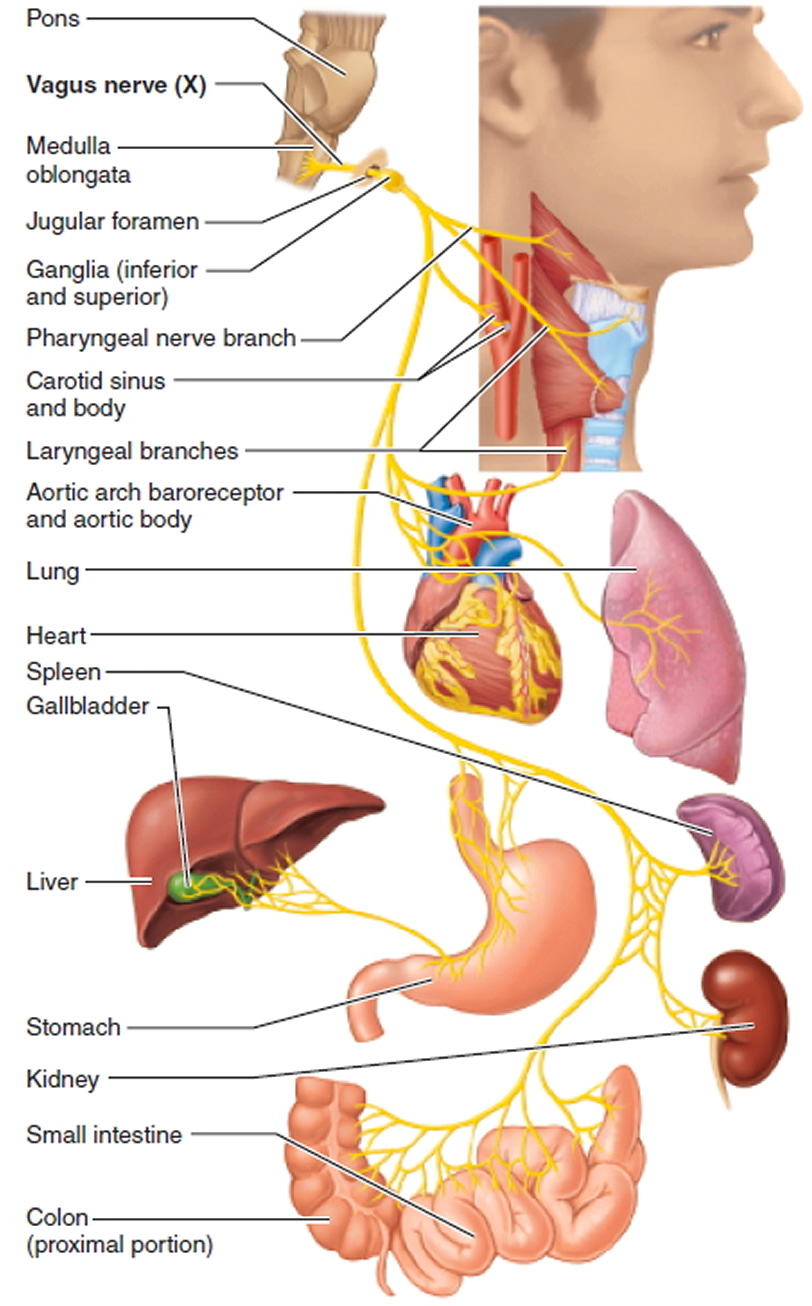 When I started working in the field of bodywork I heard speaking about Polyvagal theory and its importance from many sources. So I tried reading Stephen Porges's book but  I found it very academic and complicated. So in the article below, I try to summarize and simplify what I’ve got through reading many articles and resources on this topic.

This theory helps to understand how the nervous system limits our behavior concerning how safe or in danger we feel.

Before going deep into the Polyvagal theory we need to get a brief view of the fight-or-flight response of our nervous system.

Our ancestors during the Stone Age, when threatened by a dinosaur and their level of stress increased due to this they had two options: fight or flight.

Nowadays since the causes of stress and the responses are much different and less physical than that time, like being late for work, a divorce, or a car accident, when the level of stress rises the same physiological reflexes kick in and many times we can’t release it physically.

The autonomic nervous system (ANS), also known as the vegetative or visceral nervous system, is that set of cells and fibers that innervate the internal organs and glands, controlling the so-called vegetative functions, ie those functions that are generally outside the voluntary control, for this reason, it is also called "Involuntary Nervous System".

It has the function of regulating the homeostasis of the organism and it operates with autonomous mechanisms, related to peripheral reflexes subjected to central control.

Subdivisions of the ANS

Homeostasis is the balance between the two systems.
It's the ability to live organisms to maintain an internal balance and preserve their characteristics while varying external conditions through self-regulation mechanisms. 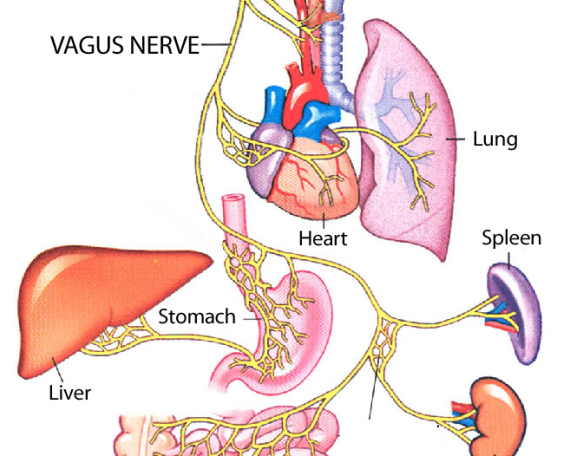 The vagus nerve is a part of the parasympathetic system, dubbed the rest-and-digest system. Although there are numerous other nerves in this system, this one reaches the majority of the body’s organs. It is the longest cranial nerve.


The vagus nerve has two branches:

Dr. Stephen Porges has expanded our view of the ANS explaining the role of the vagus nerve, through its branches, in regulating the heart, face expressions, abdominal viscera, and breath.

The Polyvagal Theory provides us an understanding of three neural circuits that support different types of behavior:

Unresolved trauma will create this high-tone dorsal, or sympathetic, or blend of both.


What the Polyvagal Theory wants to emphasize in summary is that when our autonomic nervous system is continually engaged in defensive activities, as can happen in traumatic situations or prolonged stress, these can become potentially harmful to our physical and mental health because it is chronically lacking the balance between the different branches of the autonomic nervous system.

When our sympathetic nervous system has kicked into overdrive, and we still can’t escape and feel impending death the dorsal vagal parasympathetic nervous system takes control. It causes freezing or shutdown, as a form of self-preservation.
When the dorsal vagal nerve shuts down the body, it can move us into immobility or dissociation. It takes us out of connection, out of awareness, and into a protective state of collapse. When we feel frozen, numb, or “not here” the dorsal vagal system has taken control.
Bodywork
They are many ways how to define bodywork. I like to see it as a "somatic therapy".
Read more

Kellie Hynds
Thank you so much for this! I am an LMFT and I have been interested in this theory but, like you said, the information is so academic and you're explanation is just what I needed.
Veronica
There is an error under "neural circuits that support this behaviour", on the first line you have written dorsal vagal and ventral vagal in the opposite columns towhere they should be
EDWARD A OROURKE
Got a chuckle here. A purportedly science driven article on a major area of psychosocial thought talking about primitive humans "running from dinosaurs." I know you were trying to be cute there, but let's be real. Saber-Tooths, Dire Wolves, or Giant Bears, perhaps, but Not dinos. Best -